There’s a lot of debate about the risks and benefits of vaccination, but despite the noise, one thing remains clear: vaccines help prevent infectious diseases and save lives. Among others, they’re recommended by the Centers for Disease Control and Prevention (CDC) and the American Academy of Pediatrics and many are required by schools and the law.

“For parents, ensuring your child receives the appropriate vaccinations should be a priority,” says Dr. Nada Owusu at Children’s Healthcare Center. “Vaccines not only help safeguard your child’s health, but also the health of the community in which you live.”

“Vaccines create immunity to certain diseases by using small amounts of a killed or weakened microorganism that causes the particular disease,” says Dr. Owusu. “Microorganisms can be viruses, like the measles virus, or they can be bacteria, like pneumococcus. Vaccines stimulate the immune system to react as if there was a real infection. The immune system fights off the ‘infection’ and remembers the organism so that it can fight it quickly should it ever enter the body again.”

“While some vaccines may cause mild reactions, including fever, rash, vomiting, and swelling at the injection site, serious reactions are rare. In fact, according to the CDC, severe reactions occur in fewer than one in one million doses,” she adds.

The CDC offers this timeline for getting your child immunized:

» The Hepatitis B vaccine should be administered to all newborns before being discharged from the hospital. After the first dose, two additional rounds are recommended, with the second vaccine given at one or two months of age.

» The first dose of the Rotavirus vaccine should be given between the ages of six weeks and 14 weeks. The vaccine series should not be initiated if your child has reached 15 weeks and, according to the CDC, the maximum age for the final dose is eight months.

» The Diphtheria and Tetanus Toxoids and Acellular Pertussis (DTaP) vaccine shouldn’t be given before the age of six weeks. The final dose to complete the series should be given between the ages of four and six years.

» There are two types of Pneumococcal vaccine. The minimum age for the pneumococcal conjugate vaccine (PVC) is six weeks; this type is recommended for all children under the age of five.

» The Polio vaccine shouldn’t be administered before the age of six weeks. The final dose to complete the series should be given at age four and at least six months following the previous dose.

» The Influenza vaccine should be given at six months of age or older, and should be administered annually to age 18.

» Measles, Mumps, and Rubella vaccinations shouldn’t be administered before a child’s first birthday. The second dose should be given routinely between the ages of four and six years.

» The Varicella vaccine shouldn’t be administered before a child’s first birthday. The second dose should be given routinely between the ages of four and six years.

» The Hepatitis A vaccine shouldn’t be administered before age 12 months, but is highly recommended for all one year olds. Older children can receive this vaccine if they live in an area that has a high risk of infection.

» The Meningococcal vaccine shouldn’t be given before age two.

It is common for parents and caregivers to have questions about what is best for their children when it comes to vaccines. To learn more, talk to your pediatrician or visit
the CDC. 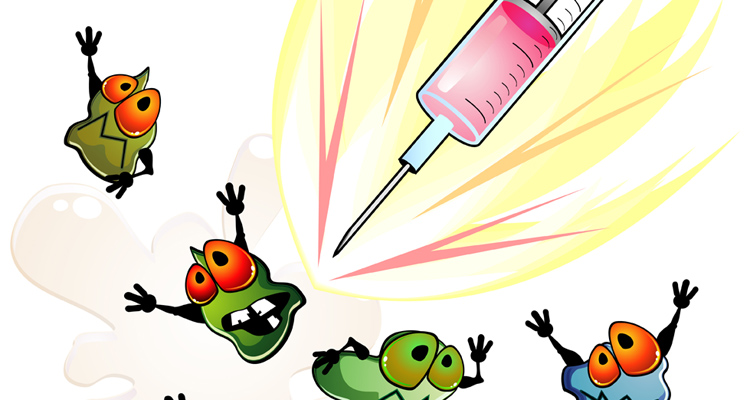 According to the CDC, early vaccination is encouraged against 14 vaccine-preventable diseases, including:

Danville Regional Medical Center is committed to the health of the community and as such sponsors and participates in numerous health and wellness events throughout the year. Visit DanvilleRegional to see upcoming events.